8 Best Android One Phones Worth Your Money In 2020

Smartphone users longing for the stock Android look are familiar with the unlikeable feel of using third-party skin. To their rescue, in addition to the stock Android, Google also came up with an initiative called Android One to provide a pure Android experience to users owning budget devices.

Here, in this compilation, we have created a list of the top Android One smartphones that you can buy in 2020.

Xiaomi’s pocket-friendly Android One smartphone is the Mi A3, which is also the successor to the Mi A2. The phone’s camera setup is its main highlight: there are three rear cameras including a 48MP main sensor, an 8MP Ultra-wide lens, and a 2MP depth sensor. The front camera stands at 32MP. Another highlight is the in-display fingerprint scanner.

The device has a 6.08-inch Super AMOLED display and is powered by Qualcomm’s Snapdragon 665 processor. It comes in two RAM/ROM options: 4GB/64GB and 4GB/128GB.

It has a 4,030mAh battery with 18W fast charging support and Android 10 support.

Nokia 7.2 is a device you can’t miss when looking for the best Android One phone of 2020. The smartphone comes with its camera department as its USP.

It has three cameras at the back; a 48MP primary sensor, a 5MP depth sensor, and an 8MP Ultra-wide lens. The front camera is rated at 20MP.

It has a 6.3-inch full HD+ notched display. The device is powered by a Snapdragon 660 SoC and comes in two RAM options: 4GB and 6GB. There is a 64GB ROM option.

The device has a 3,500mAh, a rear-mounted fingerprint scanner, and Qualcomm aptX audio. However, the price tag is a little on the higher side which might turn down some potential buyers.

The Nokia 9 PureView is the first smartphone with a Penta-camera setup at the back. The cameras are rated at 12MP each. There is a 20MP selfie camera on the front.

The Nokia Android One device has a 5.99-inch QHD+ poLED PureDisplay. It’s powered by a Snapdragon 845 processor, 6GB of RAM, and 128GB internal storage.

The device is backed up by a 3,320mAh battery, IP67 water resistance, wireless charging, and an in-display fingerprint scanner.

Wireless charging and the camera department make it an option worth considering.

4. Motorola One Vision: A bang for your buck

Next on our list of best Android One phones is the One Vision, from the house of Lenovo-owned Motorola.

Powered by Exynos 9609 chipset, the device comes with 4GB of RAM, 128GB expandable storage, and a rear-mounted fingerprint scanner.

The device has a 48MP snapper and a 21:9 aspect ratio display at a reasonable price.

The most recent smartphone to join the Android One program is from Nokia, called the Nokia X71.

The Nokia X71 is falling under Android One with Android 9.0 Pie. It has a 6.39-inch Full HD+ punch-hole display as its primary highlight, becoming the first Nokia smartphone to come with one.

The third attraction is the presence of an in-display fingerprint scanner.

One thing that fails to attract me is the Qualcomm Snapdragon 660 AIE processor powering the device; it could have included a better processor like maybe a Snapdragon 710.

In addition, the device comes equipped with 6GB of RAM, 128GB of internal storage, and a 3,500mAh battery.

The device has a triple-camera setup and has a punch-hole display, all packaged to deliver a pure Android version.

6. Motorola One Action: Another weapon from Motorola’s arsenal

If you’re looking for an affordable handset that offers a clutter-free user interface, impressive cameras, and smooth performance, then Motorola One Action ticks all the right boxes.

Featuring a punch-hole design, the Motorola One Action offers a 6.3-inch LCD screen with Full HD+ resolution and a rear-mounted physical fingerprint scanner concealed behind the brand logo. 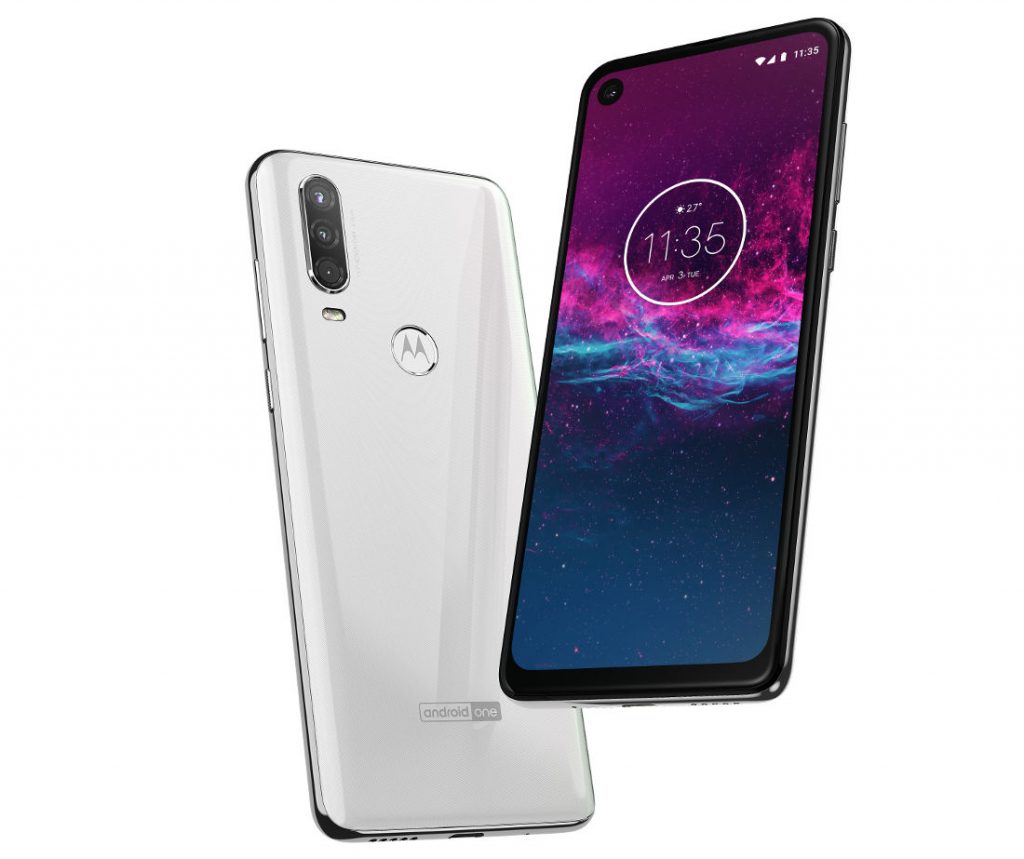 The handset packs a Samsung-sourced Exynos 9609 chipset, coupled with 4GB of RAM and 128GB of storage. In terms of optics, the smartphone offers a triple-lens [12MP+16MP+5MP] rear camera setup and a 12MP front-facing snapper.

Notably, the word ‘Action’ in the handset’s name refers to the 117-degree FOV Action camera that allows you to shoot landscape video while holding the handset vertically.

Furthermore, it is fueled by a 3,500mAh battery and runs on Android Pie out-of-the-box. For pricing and availability, Motorola One Action is priced at Rs. 10,999 and is available via all major online stores.

7. Xiaomi Mi A2: The budget champion

Xiaomi’s second iteration in its Android One smartphone series, the Mi A2, is another option in the Android One arena.

The smartphone sports a 5.99-inch Full HD+ 18:9 display and is powered by a Qualcomm Snapdragon 660 AIE processor.

Camera-wise, the Mi A2 has dual cameras at the back, rated at 20MP and 12MP, while the front snapper is configured at 20MP. All the cameras come with support for AI-enabled features. Furthermore, there is a fingerprint scanner at the back. The Mi A2 comes in Gold and Black color variants. Sadly, the device is not available in the US.

The Mi A2 has a laddered-down variant, dubbed the Mi A2 Lite. The device comes with a smaller 5.84-inch notched display, lower RAM/ROM options (3GB/32GB, 4GB/64GB), and lowered-down camera configuration (12MP and 5MP dual rear cameras and a 5MP front snapper).

The device is backed by a larger 4,000mAh battery, has Android 9.0 Pie , and a fingerprint sensor on the back.

The cameras, coupled with an 18:9 display and decent battery, make it a good budget option to go for!

The Nokia 8.1 made its entry into India with Android 9.0 Pie, under the Android One program, but now it comes equipped with Android 10.

The device has a Qualcomm Snapdragon 710 chipset and multi-tasks with the help of a 4GB and 6GB of RAM options. The device has two ROM variants: 64GB and 128GB, a 3,500mAh battery with fast charging, a fingerprint scanner, and audio by OZO surround sound.

Honestly speaking, it’s the best stock Android phone you can have in your pocket right now. That’s because the Nokia 8.1 is available at almost half of its launch price.

The 20MP front camera, PureDisplay, and Snapdragon 710 processor are the big reasons to buy it!

9. LG G7 One: The smartphone with a sturdy build quality

The first smartphone to hop onto the Android One bandwagon is the LG G7 One, which comes with a 6.1-inch QHD+ FullVision Super Bright display and is powered by a Qualcomm Snapdragon 835 processor.

On the camera front, there is a 16MP primary camera and an 8MP front snapper with an AI Cam. The device has 4GB of RAM and 32GB of expandable ROM. Backed by a 3,000mAh battery, the G7 One has support for IP68 water and dust resistance, a rear-mounted fingerprint sensor, and a Face Unlock feature.

Not Available In India

The IP68 water and dust resistance and the bezel-less display seem like a deal!

Just to clear the air, 2020 will see the launch of more Android One smartphones. We will update this list as more devices are introduced under the Android One initiative.

What Is Android One Program?

The Android One initiative by Google was introduced back in 2014 with an aim to provide a pure Android experience to users on budget smartphones. Initially, it was an experimental program meant to boost the adoption of budget Android devices. Later Google revamped it for smartphones in general, coupled with faster software updates, and now we have Android One for all of us.

How long do Android One Phones get updates?

Apart from faster updates, Android One brings along support for up to three years with optimized support for Google Assistant Additionally, smartphones running Android One don’t come with bloatware (pre-installed apps which cannot be removed) which will make sure the smartphone storage is more than enough, and the battery lives longer. And of course, there is Google Play Protect for all the security we need.