Every year technology advances in giant leaps and bounds. Researchers hard at work achieve breakthroughs that push the horizons of current technologies and open new doors to go beyond the current limits. Looking back at the achievements in a single year makes one gape at the sheer volume of work. We cannot even fathom the effects of one such innovation and there are so many!

In this article, I attempt to mention the most important new technologies that came forward in 2014. These may take some time to become mainstream but these realisations of science-fiction are a firm indication that the future is here. Let’s take a look at  top new tech breakthroughs of the year 2014- 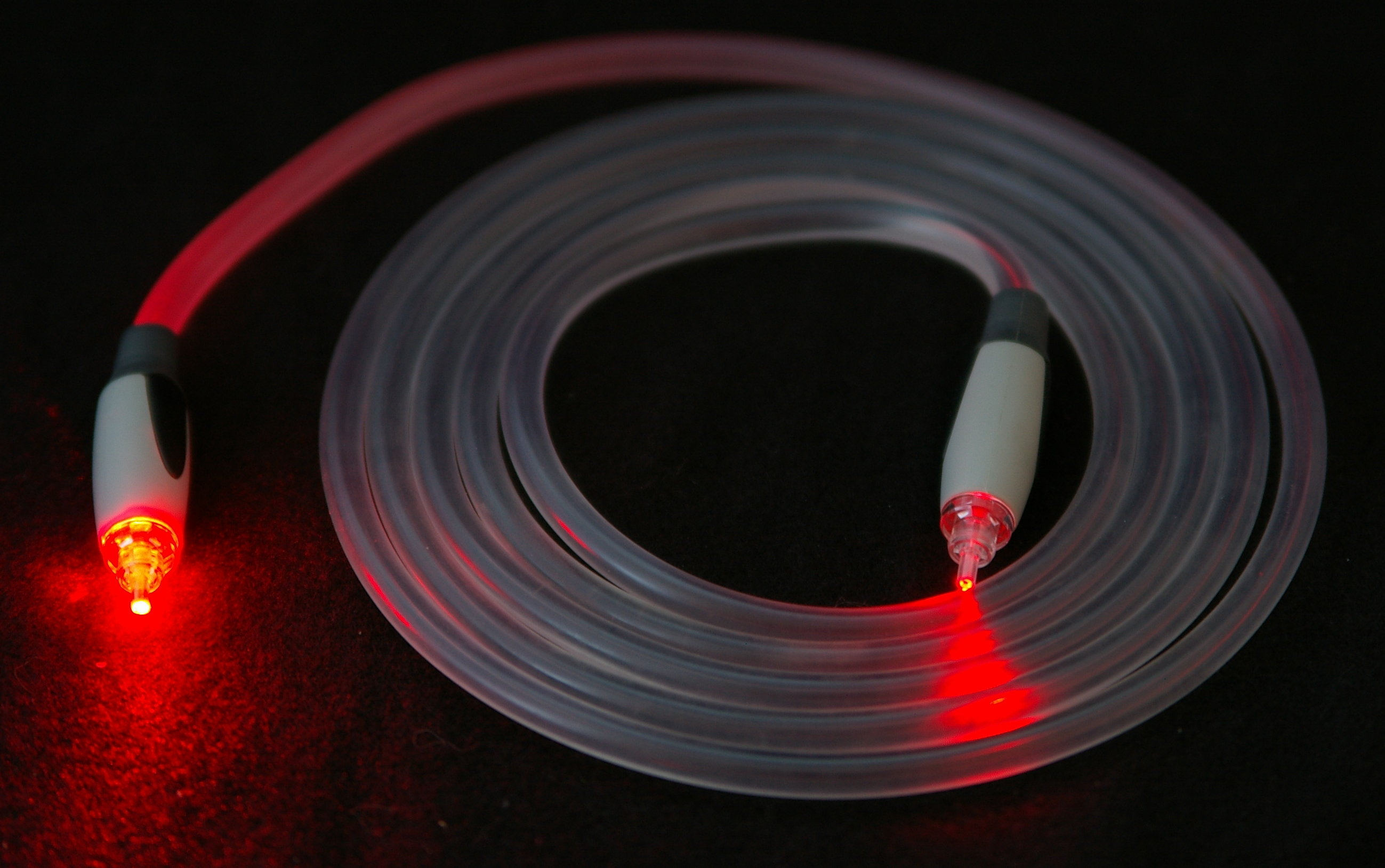 Researchers from the University of Central Florida and Eindhoven University of Technology have developed a new type of optical fibre. This fibre allows a maximum transfer speed of 227 terabits/s. To bring this into perspective think of it as 568 Blu-ray movies being streamed per second. Whoa!

The innovation lies in the use of a group of seven microstructured fibres, rather than a single one,  each of the individual fibres being less than 200 microns in diameter. Eindhoven University of Technology professor Chigo Okonkwo described the effect as –

“[It’s] like going from a one-way road to a seven-lane highway [and] as if three cars can drive on top of each other in the same lane.”

This new class of fibre ups the average transmission speed 20x over the current fibre optics. I just wish we see this in commercial use soon.

3-D or 3-Dimensional printing recently saw a lot of innovation. The prices of such printing machines have fallen remarkably. Now it is well in the reach of the consumers to buy portable 3-D printers.

Researchers however have shifted focus to adding the dimension of time to the printed objects. Various materials are being tested which under stimuli, change their shape or orientation with time. Stimuli such as heat or moisture bring about a change in the properties of these objects in programmed ways.

Precisely printed objects that can respond to the change in their environment can have tremendous uses in the healthcare and clothes industries.

Two separate researches in this field have shown mind-boggling results. 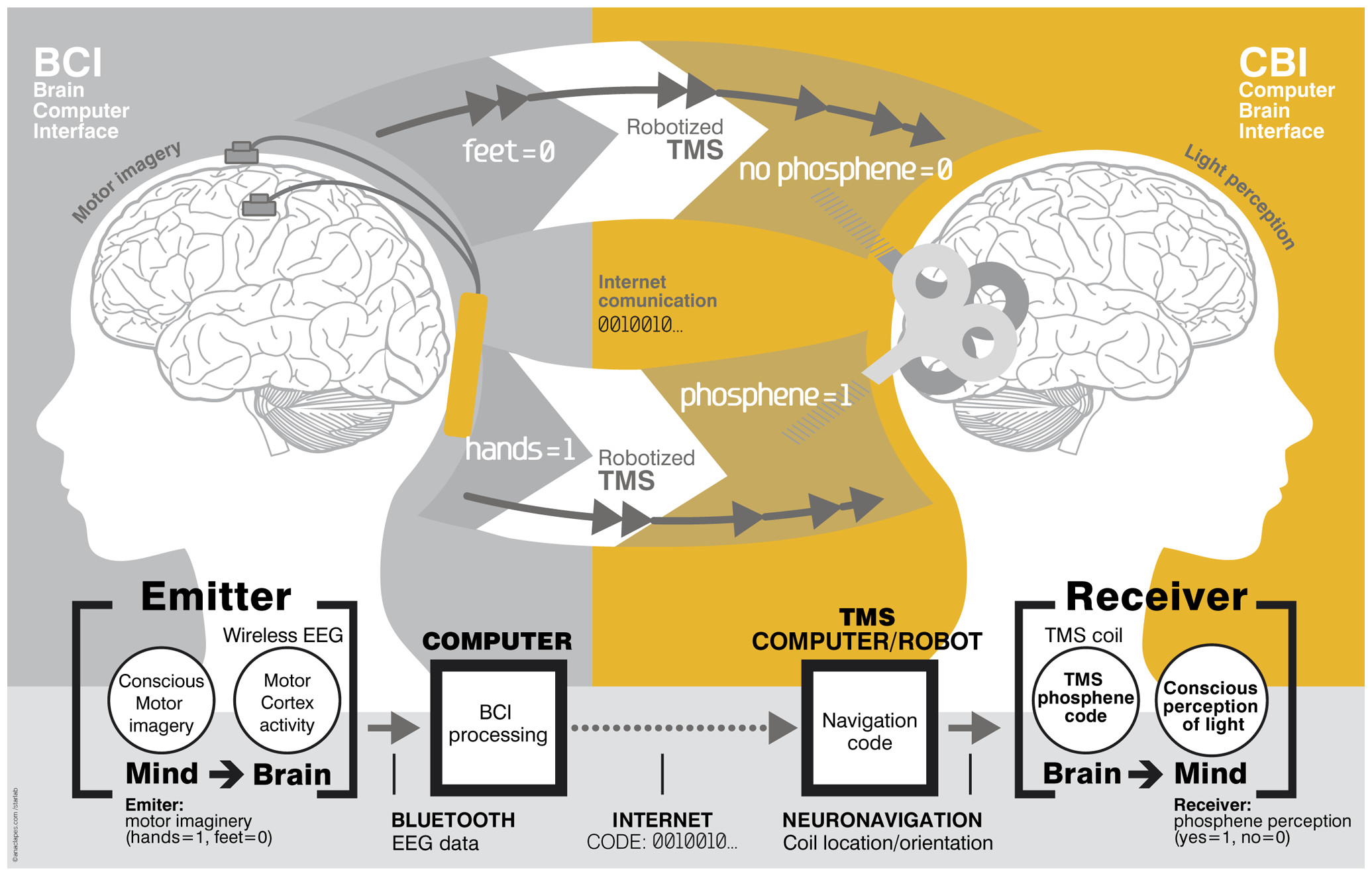 The first one proves that telepathy is possible. Yes, Seriously!

Two groups of scientists, one in India and the other in France, successfully exchanged simple greetings in the form of brain activity. The sender’s brain activity was recorded and sent over the internet to the receiver’s lab. The receiver was then non-invasively fed the brain activity through magnetic simulation. The chat comprised of ‘hola’ and ‘ciao’ being sent between them. This experiment shows that it’s possible to develop a system that would bypass the talking or typing part of internet and establish direct brain-to-brain communication between subjects located far away from each other.

The other experiment is by the researchers from University of Washington. These guys went as far as to control the hand motions of the other person using your thoughts. Wicked!

The setup consisted of placing the two researchers in different buildings on the campus and only mode of communication is directly through their brains. The sender was playing a sort of Tower defence game where he ought to fire a cannon to protect his tower. Now the experiment required the sender to send the fire command to the receiver who would, on receiving the signal, fire the cannon. The signal was basically a motor imagery of moving the hand, so as soon the receiver got it his brain told him to fire the cannon.

This group of researchers has received a grant of $1 million to further their research and they firmly believe that one day there could be potential therapeutic applications for people with brain injuries or disorders using this technology.

What is the fastest consumer processor speeds that you have even seen? 4.5 GHz? 5 GHz?

The Common Source Amplifier Circuit that we are talking about here has a frequency of 1000 GHz. This is the fastest IC ever made and holds a Guiness World Record for the same. Appropriately titled as the Terahertz Monolithic Integrated Circuit (TMIC), this IC is developed by Northrop Grumman Corporation for the American Defence and Advanced Research Projects Agency (DARPA).

“This breakthrough could lead to revolutionary technologies such as high-resolution security imaging systems, improved collision-avoidance radar, communications networks with many times the capacity of current systems and spectrometers that could detect potentially dangerous chemicals and explosives with much greater sensitivity.”

The Oculus Rift VR headset has been around for a while but it is still a worthy mention in top new tech breakthroughs of the year 2014 due to the mid-2014 release of the DK2 of the Rift headset.

The Development Kit 2 is a major overhaul of the DK1. It features a Full HD OLED display and  a new head position tracking system. These two upgrades along with better firmware, now give a completely immersive experience and zero to no simulator sickness. All major issues of DK1 have been addressed and the Rift is now much closer to being a consumer device that will stay out of stock for a long time, when it gets released that is.

Look at all the fun people have with the Oculus-

Tractor Beams, a theme from popular space fictions like Star Wars, Star Trek and Halo is much closer to being realised. Laser Physicists from the Australian National University’s college of Physical and Mathematical Sciences have developed a tractor beam that is capable of attracting and repelling objects.

The beam doesn’t use photon momentum to move the particles rather uses a single polarised laser beam. The particles are trapped in the dark centre of the beam. Energy from the laser hits the particle and travels across its surface, where it is absorbed creating hotspots on the surface. Air particles colliding with the hotspots heat up and shoot away from the surface, which causes the particle to recoil, in the opposite direction. In their tests they could move glass spheres of .2 mm diameters over a distance of 20 cm. This is the longest distance travelled by particles in such laser experiments. The researchers believe that it could easily be extended to a few meters and this technique could be applied to control things like air pollution by pulling out toxic particles

Neuromorphic is the term given to processor designs based on the human brain. This term was established by Carver Mead, professor emeritus at California Institute of Technology, when he was working on Neural Net processors in the 80s.

A Neuromorphic Processor is completely different from the traditional Von Neumann architecture. Instead of a few processing cores and a separate memory, these designs have Neurones and Synapses just like the fundamental building blocks of our cranial organ.

IBM’s TrueNorth comes packed with 4,096 processor cores, and it mimics one million human neurones and 256 million synapses. The chip can encode data as patterns of pulses, which is similar to one of the many ways neuroscientists think the brain stores information. Big Blue has already tested the chip’s ability to drive common artificial intelligence tasks, including recognising images, and according to the company, its neurones and synapses can handle such tasks with usual speed, using much less power than traditional off-the-shelf chips. When the researchers fed TrueNorth streaming video at 30 frames per second, it only burned 63 mW of power as it processed the data in real time.

Though an artificial brain still seems far away, the progress looks promising. At least we have somewhere to turn to when Moore’s law ends.

If you found the article helpful, share these top new tech breakthroughs of the year with your friends!