Amazing Indian Inventions and Discoveries You Must Know Plastic Surgery, Cataract Surgery: Cataract and Plastic surgery was known to the Indian physician Sushruta (6th century BCE). In India, cataract surgery was performed with a special tool called the Jabamukhi Salaka, a curved needle used to loosen the lens and push the cataract out of the field of vision. Their translated Arabic works made their way into Europe.

Fiber Optics: Dr. Narinder Singh Kapany, is widely recognized as the ‘Father of Fiber Optics’ for his pioneering work in Fiber Optics technology. He was named as one of the 7 ‘Unsung Heroes’ by Fortune Magazine.

Snakes and ladders, and Chess: Snakes and ladders originated in India as a game based on morality. Later this game made its way to England, and was eventually introduced in the USA by Milton Bradley in 1943. Chess developed out of Chaturanga, which is an ancient strategy board game developed during the Gupta Empire in India around the 6th century AD.

Mysorean rockets: The first iron-cased and metal-cylinder rockets were developed by Tipu Sultan. After Tipu’s eventual defeat in the Fourth Anglo-Mysore War and the capture of the Mysore iron rockets, they were influential in British rocket development, inspiring the Congreve rocket, and were put into use in the Napoleonic Wars.

Flush Toilets: Flush toilets were first used in the Indus Valley Civilization. These existed in most homes and were connected to a sophisticated sewage mechanism. The civilization was prominent in hydraulic engineering.

Water on Moon: One of Independent India’s most notable contributions to space exploration occurred between 2008 and 2009, with Chandrayaan-1, the Indian Space Research Organization’s (ISRO) first dedicated lunar mission. “We want to thank ISRO for making the discovery possible. The moon till now was thought to be a very dry surface with lot of rocks.” Jim Green, NASA Director. 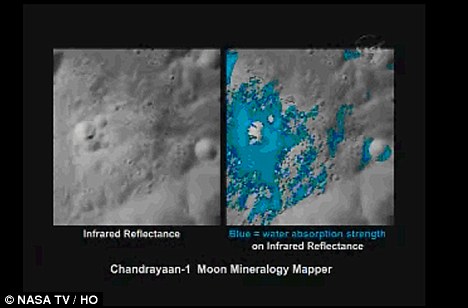 Shampoo: The word ‘Shampoo’ is derived from chāmpo (चाँपो). It was initially used as a head massage oil for the Nawabs of Bengal during the Mughal Empire around 1762. It evolved into shampoo over the years. Complex Hydraulic Engineering: Since the time of the Indus Valley civilization over 5,000 years ago, India had created and sustained a vast and highly advanced network of canals, along with intricate irrigation, water management and sewage systems. These sewage systems were so advanced that they were designed to automatically self-clear systems blockages, as well as account for smell and odor.

Diamond mining and Zinc mining: Diamonds were first recognized and mined in central India, where significant alluvial deposits of the stone could then be found along the rivers Penner, Krishna and Godavari. Zinc was first smelted from zinc ore in India. Zinc mines of Zawar, near Udaipur, Rajasthan, were active during early Christian era.