Which Phones Will Get Android 7.0 Nougat Update — The Complete List Short Bytes: As the Android 7.0 Nougat is here, people are searching the web to know when their phone will get Nougat update. To answer your question, we have prepared a list of the popular brands, telling you about their plans to roll out the Android 7.0 Nougat update. While brands like Moto, Nexus, HTC, and LG are preparing for any early OTA update, other are likely to do the same in January-February 2017.

Every year we witness the release of a brand new version of Google’s Android operating system. While last year’s update was named Android 6.0 Marshmallow, this year we’ve got Android 7.0 Nougat.

Android Nougat is being termed as a major rollout, packing a heavy chunk of new features and improvements. Coming loaded with new features like multitasking, VR, keyboard themes, and new emojis, Android 7.0 Nougat is arriving soon to Android devices.

Keeping these great features aside, another important question is — “When will my phone get Android 7.0 Nougat update?” If we take a look at the previous records of Android device manufacturers, their performance is pretty dismal. Such situation makes it even more important to know the answer.

Talking about the final release date, it’s rumoured that Google is ready to release Android 7.0 later in August, though that seems early.

Here’s what you can expect from different smartphone manufacturers: If we take a look at the history, Android 6.0 Marshmallow was rolled out to Nexus smartphones as soon as Google rolled out the final version.

The new Nexus devices are the first ones to get the Android 7.0 update and the rollout has already started. If you wish to grab the Android N, you can go ahead and check for updates in the settings of your Android Nexus phone. 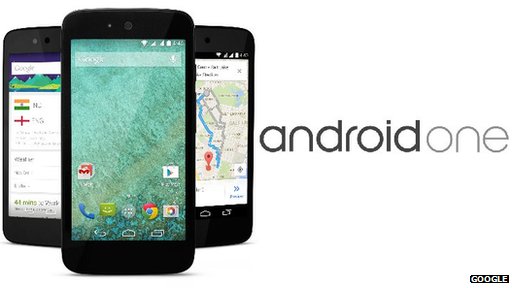 Affordable Android One devices are known to receive the latest Android updates before others. This is possible as they run stock Android and Google takes care of the firmware upgrades. So, the Android 7.0 Nougat update should arrive for Android One and Nexus devices at the same time. When Motorola was owned by Google, it was one of the first devices to get the Android upgrades. Keeping our fingers crossed, under the umbrella of Lenovo, we can still expect Moto phones to be the first non-Nexus devices to get Android 7.0 Nougat update. It’ll be interesting to see how near-stock Moto Android is handled by Lenovo.

Official Update: These phones are getting Android Nougat update in 2016 Q4: While HTC hasn’t released any specific dates, the company has confirmed that Android 7.0 Nougat will be arriving on its devices. HTC has told that its flagship HTC 10, HTC One A9, and HTC One M9 will be getting the update. This update is expected to arrive in 2016 Q4.

HTC has a good track record when it comes to pushing Android updates. It released Marshmallow update for HTC One M9 and HTC One A9 in December. The brand new HTC 10 was released in April with Android 6.0 Marshmallow out of the box. Samsung is the king of Android smartphone world. But, when it comes to releasing the latest Android updates to its users, it isn’t very speedy. So, expecting a miracle with Android 7.0 won’t be much sensible.

It’s likely that Samsung Galaxy Note 7 will be the first device to get the taste of Android 7.0 Nougat, followed by Galaxy S7 and S7 Edge. After that, we can expect the update to hit the likes of Galaxy Note 5, S6, S6 Edge, and S6 Edge+.

The upcoming flagships Galaxy S8 and S8 Edge should arrive with Android 7.0 Nougat out of the box. There are chances that LG G5 users will be getting the update within 2-3 months of the release of the final build. The older handsets like LG G4 should get the update in early 2017. Sony is among the less speedy ones when it comes to releasing Android updates. However, Sony is known to cover a wide range of devices when it releases the update for its smartphones.

Sony Xperia Z3 is expected to be the first one to grab the Android 7.0 Nougat update, followed by the devices of Z4 and Z5 families. When we mention Huawei, generally we keep the Nexus devices out of the discussion.

Back in last November, Huawei Marshmallow treats along with Huawei Mate 8. Honor, a sub-brand of Huawei, rolled out Honor 7 Enhanced Edition in December 2016 with Android Marshmallow out of the box. Thus, looking at the history, we would expect Huawei to release a new phone with Nougat before it releases the new upgrade. OnePlus 2 didn’t receive Android 6.0 Marshmallow update until the beginning of June 2016. So, we shouldn’t expect that the company will be pushing the Nougat update for OnePlus 2 or OnePlus 3 anytime soon. Still, we would like to witness an early-2017 release with an OxygenOS flavor.

Recently, the company teased the upcoming Android Nougat update for OnePlus 3 in a tweet:

Already hard at work on the latest and greatest. #NeverSettle pic.twitter.com/pirsJS3jOD While Xiaomi has managed to capture a huge chunk of worldwide Android market, it’s struggling to provide timely Android updates. The company was able to release Marshmallow for Mi 4, Mi 3, and Mi Note in early April.

However, if the company follows some deadlines, it should be able to push Android 7.0 Nougat update in the early months of 2017.