Among Us: The Global Hit In 2020 — NoxPlayer Guide

Among Us, enjoying a spike in high popularity this year is available on mobile phones (Free) and PC. Of course, playing the game on a mobile is a lot of fun. However, so many players wish to enjoy Among Us on PC. Unfortunately, unlike the mobile version of the game, Among Us for PC isn’t free to play.

Nevertheless, that doesn’t mean that you can’t play Among Us on the big screen. Thanks to NoxPlayer, you can play the mobile version of Among Us on PC without paying a penny. So, if you’re up to enjoying the benefit of the big screen, make full use of the smart keyboard, then go ahead and read the entire article.

Why Among Us became a global hit?

Among Us, the multiplayer social deduction game was released back in 2018. At the time, very few players noticed the indie video game title. However, in 2020, between all the COVID-19 chaos, several big streams started playing the game. ‘Among Us’ became an entertaining way for people to connect with their friends while being stuck in their homes. Also, without being said, the amazing gameplay experience of InnerSloth’s title was the main reason behind its global success.

Why Do You Need to Play Among Us (mobile version) on PC?

As we’ve previously mentioned, the PC version of Among Us isn’t free, and not everyone can afford to buy the game. In that case, the best thing you can do is use the emulator to play the Among Us(mobile version) on PC. That’s where NoxPlayer, one of the best mobile emulators, comes into the equation.

By playing Among Us on PC with NoxPlayer, people can run the mobile version for free. Also, NoxPlayer can bring you a better gaming experience as follows:

Configure the key as your own habits; for instance, set “WASD” as the moving direction and any other keys to report or use. The flexibility to customize the game’s controls as per your convenience is the best part of NoxPlayer, and the process is quite easy as well.

Complete the task or check the map on a bigger screen

By running the game on a PC screen, players can complete the task or check the map on the big screen. That way, you get more clarity and get higher chances of staying ahead of everyone else. 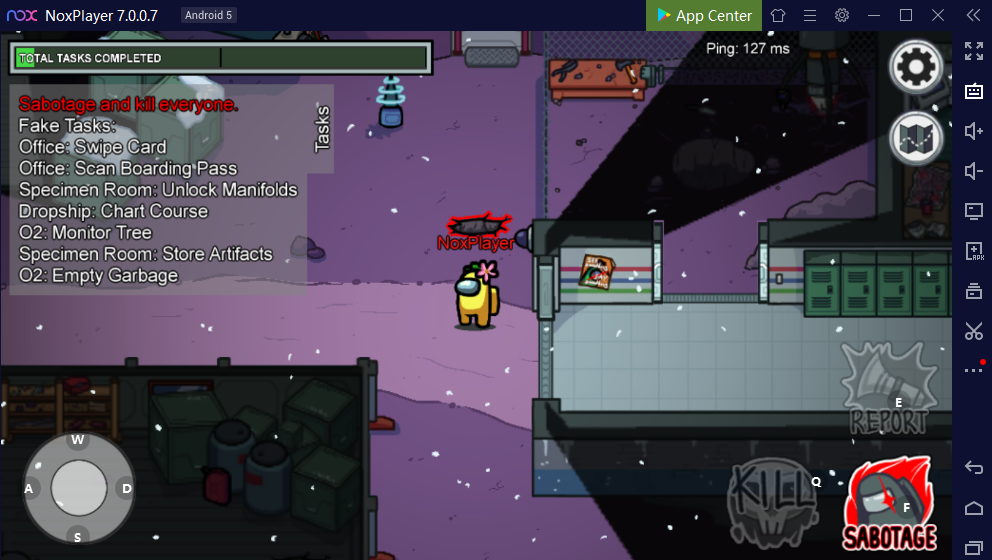 Don’t need to worry about the battery

The main problem with playing Among Us on mobile is that you have to keep an eye on the phone’s battery. Just imagine you’re in the middle of an interesting game, and suddenly you get the “low battery” notification to ruin your experience. Well, by playing Among Us on PC through NoxPlayer, you won’t have to worry about such things.

Steam your gaming experience with your friends!!

Several YouTubers and streamers are constantly uploading Among Us gameplays on social media platforms. If you’re one of those streamers, then there’s a surprise for you. Apparently, NoxPlayer supports recording a game video or streaming directly without downloading additional video-editing tools.

How to Download Among Us (Mobile) on PC with NoxPlayer?

Downloading Among Us (Mobile) on PC with NoxPlayer is only a three step process: 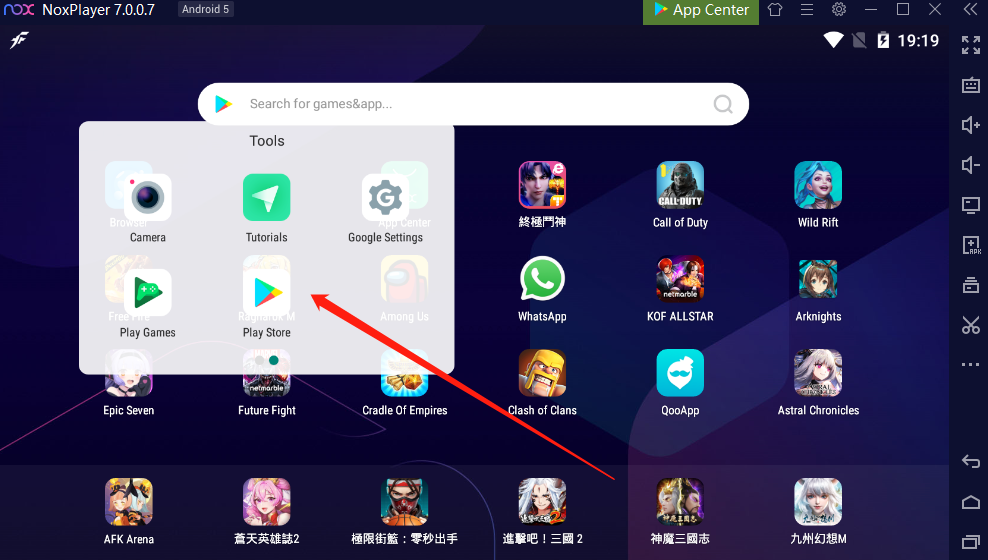 Now, all that is left to do is launch Among Us on NoxPlayer, invite your friends, and most importantly, have a great gaming experience.