How many of you have heard of Braid or Super Meat Boy or World of Goo? Not many, I am sure. But nearly all of you might have heard of Call of Duty or Halo or God of War or Grand Theft Auto. The latter ones are games produced by multi-billion dollar franchises, developed by the biggest teams of developers and published by the biggest players in the industry. Even if you have not played them, you must have heard of them because they are publicised as the best games that one can play. A large chunk of their budget goes into advertising and media hype creation. These games do have the best graphical fidelity, but to enjoy that they consequently require top-end hardware to run them in all their glory. Even if you are not that big on graphics, a game such as the ones mentioned above will warrant an upgrade to your half-a-decade old PC or laptop.

It’s almost like you are forced to upgrade to just play these games. Though, what they actually do is that they keep the wheel turning. A new game creates a market for newer hardware and the customers get a dizzyingly realistic game. Everyone is happy. Or maybe not. Similar plot lines plague these titles. Also, there is a level to which one can take realism in games. Even the best of the best graphics are not quite there yet. One can easily get tired or even bored of playing these games. 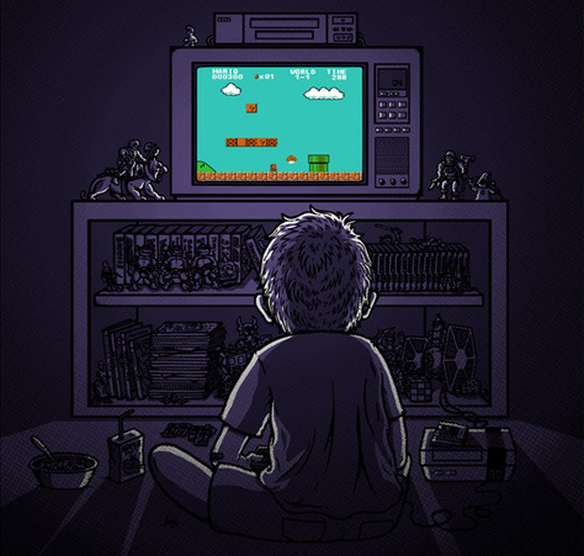 And then we think of the first games we played as kids. The Atari, NES, SNES and Playstation games we played for months on end and not get bored. Even our parents liked to join in every once in a while. When game development first began, there were no big franchises to fund big budget games. Somebody with an idea laboured day and night to make the game they wanted to make. A team of two could make the entire game. It might not have the best graphics, but the games turned out to be unique and with a distinct art style that captured the awe of many. These were the flag bearers of the indie games we see today. Games of the like of the ones I mentioned in the beginning.

Wikipedia defines indie games as video games created by individuals or small teams generally without video game publisher financial support. Indie games often focus on innovation and rely on digital distribution. The Steam online game distribution system by Valve was the first such platform that showed the world that completely digital distribution of games is also a viable option in today’s world. And so started the indie movement that has given us some of the best games of the past the decade. Sony, Microsoft and Nintendo have also joined in by giving support to independently created games. There have been many very popular and commercially successful indie games in recent times which have boosted the industry.

Now, something about some of the most famous indie games-

Super Meat Boy is a crazy difficult platform game developed by Team Meat. The ‘Team’ is really just two people, Tommy Refenes (the coder) and Edmund Mcmillen (the designer). The game requires split-second timing and a lot of patience. The level of difficulty might not be everyone’s cup of tea but when you get an A+ in a single try, it’s an awesome feeling. SMB is critically acclaimed and has sold over a million copies.

Braid is also a platform game but with puzzles and time-bending mechanics. It has a distinct artistic look and the puzzles are quite difficult. The game is split into five worlds each having a different time-based game mechanic. It was developed over a period of three years by Jonathan Blow. Braid was the highest rated game on Xbox Live when it came out and has sold over 450,000 copies.

World of Goo is a puzzle game created by the indie game developer 2D Boy. 2D boy is another team of two, consisting of Ron Carmel and Kyle Gabler. The game is about building large physical structures by using ‘goo’ balls, solving puzzles and collecting the maximum number of balls possible.

BADLAND is a mobile video game developed by Frogmind. It is a team of 13 individuals spearheaded by two industry veterans  Johannes Vourinen and Juhana Myllys. The player controls a black creature named Clony which flies around a forest dodging obstacles and creating its clones. The game won many awards and has more than 20 million downloads.

Limbo is a black and white platform puzzler developed by Playdead. It has a unique art style and some of the most difficult puzzles I have encountered in games. The game has simple mechanics, but the eerie backdrop and minimal sounds make it a special experience. It has more than once been referred to as a work of ‘art’.

Indie games are great as they have the freedom to experiment with mechanics, art styles and genres. They are not bound by publisher funding to build a game a certain way to get better sales. These games are the representation of the creativity of their developers and the digital incarnation of the stories they want to tell, the experiences they want the player to have. Kickstarter and other crowdfunding sites have brought us into a new era where anyone who is capable of building a game can do so, even if they do not have the resources. The indie phenomenon is growing at a fast pace and it is a good sign. The video game industry now has a group of rebels that deny the convention and do what they like. They bring the much-needed variety of flavour to the table for us gamers.

A Kickstarter project asked for funding to make a documentary on the lives of indie game developers while they struggle to finish the game they started. Two successful rounds of funding and 300 hours of shot footage later, the Canadian filmmakers Lisanne Pajot and James Swirsky came out with ‘Indie Game: The Movie’ which was directed, produced, shot and even edited by only the two of them. It is a full-length feature film following the development of Super Meat Boy and Fez. It also has Jonathan Blow relating his experiences on the success of Braid. It shows a great insight into the lives of the developers and the problems they face; social, financial and in meeting deadlines. The movie has a 93% on Rotten Tomatoes and has won many awards for best documentary. It is a must watch for anyone who calls him/herself a gamer.

Watch the trailer below and decide for yourself:

To get a taste of something new, do try indie games. Some more indies – Castle Crashers, Minecraft, Fez, ANTICHMBR, Element4l, Ori and the blind forest, flOw, Spelunky, The Binding of Isaac.

Share your experiences with indie games with us by commenting below.