Microsoft Edge Is Getting A Built-In VPN

Edge has finally got a built-in VPN.

For Microsoft details, the Secure Network feature in the Edge browser will encrypt the connection, prevent online tracking, and keep the location private. But the actual cache is Microsoft offering only 1GB of free data limit per month. And to use that 1GB of data, users will have to sign in to Microsoft Edge with their Microsoft account.

The Microsoft Edge Secure Network is still under development. It is not even available for early testing; however, interested people can try a preview. Microsoft is expected to roll out the feature first to Microsoft’s Edge Insider channel soon.

How to turn on Microsoft Edge Secure Network

Looking at feedback from users on the Insider channel, Microsoft plans to roll out the feature to everyone as a security upgrade. Before Microsoft launches the feature publicly, here is how you can turn on the Secure Network in the Edge browser and take a preview of how it works.

Step 2: Tap on the three horizontal dots (Settings and more) icons in the upper right corner of the screen.

Step 3: Tap on the Secure Network option among the menu options. There will be a shield icon left to it.

Step 5: Once the Secure Network is enabled, a shield icon will appear on the toolbar.

This is how you can turn on Secure Network on Microsoft Edge. Note that the Secure Network will turn off automatically when you close Edge. If you want to use it next time you open Edge on your computer, you will have to turn it on again.

As mentioned above, Microsoft is offering 1GB of free VPN data per month. If you have turned on Secure Network on your Edge browser, here is how you can check the data limits.

When the Edge browser is up and running on your computer, tap on the shield icon that appears in the toolbar. Now you will see how much data is left from your assigned 1GB limit.

The Shield icon will show a yellow warning when you are only a few MBs of data limit left. It will start showing a red warning once you have used your quota of 1GB. You can tap on the shield icon to see when the data limit will be reset.

Most popular web browsers already have a built-in VPN. Opera first brought a VPN in its browser, followed by Mozilla in Firefox and Goggle in its Chrome browser. Now it appears that Microsoft wants to take on the competition by adding a built-in VPN in its Edge browser. What are your thoughts about Microsoft adding a VPN in Edge? Will you consider Edge because of a free VPN? Let us know in the comments. 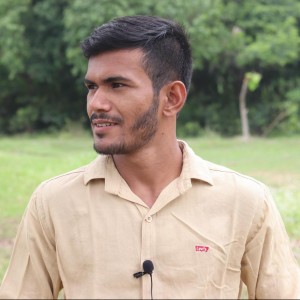