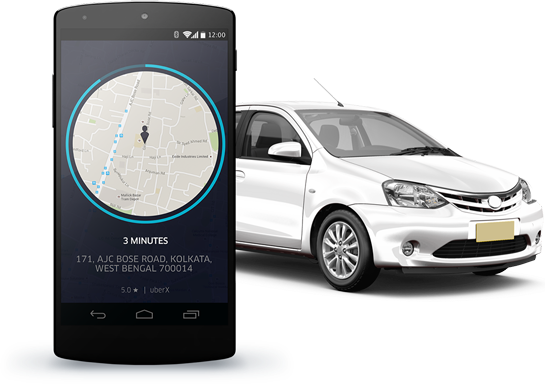 Short Bytes: Here’s a good news for you if use online taxi apps like Uber and Ola in India. Instead of getting tired of waiting in the horrid Indian traffic jams, you can now enjoy free in-car Wi-Fi.

On Friday, Uber said that it has entered a partnership with India’s largest mobile carrier, Bharti Airtel, to bring free in-car 4G Wi-Fi to the customers. This is being seen a part of the series of moves by Uber to secure a firm ground in India, which is critical for company’s growth in newer markets.

In a press release, Uber said that Bharti Airtel will be providing free in-car 4G Wi-Fi service in all 18 cities where Uber provides its services. These cities include the likes of Mumbai, Delhi and Bangalore. Along with this, Uber is also providing cell phone plans to its drivers at a discounted rate and has started accepting payments using Airtel Money, the mobile payment platform of the cellphone carriers.

“Our ride times in India are some of the longest, compared to ride times across the world. So while you are there in traffic, you can do things that you are not capable of doing, if your phone is not 4G,” said Amit Jain, president of Uber India. Recently, Uber said it will be spending $1 billion in India, expanding into new cities and attracting new drivers.

On the other hand, Uber’s chief competitor Ola too is offering Internet- but in a different way. The company recently announced the rewards for top users in the form of free in-car Wi-Fi. This will be a part of ‘Ola Select’ programme, that will also provide offers to the customers with partners like fashion e-commerce brand Myntra.

Did you find this news about free in-car Wi-Fi by Ola and Uber interesting? Tell us in comments below.