The modern smartphones are known for their adaptability and flexibility. You can use your smartphone to make payments, keep an eye on your health issues, snap pictures on the go, monitor your eating habits and a lot more.

But this flexibility is only limited to the software part and concerns only about keeping the operating system and applications up to date.

This lack of adaptability on hardware level has many disadvantages. You phone becomes outdated in a couple of years and you have to buy a new phone to take advantage of improvements happening. You can install new apply to fit your needs and lifestyle but you can’t alter its hardware.

Google has heard your prayers and it’s on its way to change this notion about smartphones by its moon-shot project Ara smartphones. Project Ara is Google’s modular phone project which involves heavy customization and building a phone according to user needs.

Google has surely taken inspiration from Lego toys and is making a phone which will be assembled by users according to their requirements. Google will be selling just a basic frame and users will add or remove modules by adding or removing blocks from the frame. All you need to do is buy a basic frame from Google and add all other components according to your need.

Watch the video below to know:

What is so special about Project Ara modular phones?

If you need a better camera, swap your existing camera module with a new one and you’ve got a new phone with improved camera. If you are bored with phone’s constant lagging problem, you’ve got an option to upgrade the processor. With Project Ara modular phones, you won’t have to settle for the features you don’t want.

You can have multiple modules for the same function at a time. Want to use your Ara phone for a longer time? The battery life is in your hands, use two modules of the battery to get the extra power.

Google has chosen an interface protocol known as UniPro for transfer of data between module. UniPro is a set of hardware and software standards similar to USB.

The basic module/frame (endoskeleton) of Ara phone will come in three sizes and users can select whether they want a small device, standard size or phablet. The frame has grid of slots which will be the home of modules of different shapes and functions. Data transfer takes place by a technique called inductive coupling. The parts and coils for power transfer don’t make any type of physical contact, so swapping of modules won’t cause damage to the parts.

What will be the Operating System?

Project Ara modular phones will run on a special version of brand new Android 5.0 Android Lollipop operating system. The software will be boast the capability to ensure tussle free swapping of modules without rebooting the phone.

What will be the price?

Google is expecting to release the basic smartphone at a low price of $50. First Project Ara smartphones are expected to hit the martek next month.

Google is organizing a Project Ara event – the Ara Developers Conference, the second conference of its type, on January 14th. Google has also released the alpha of Project Ara MDK version 0.2. This 0.2 MDK includes details about latest project prototype along with a new “Greybus” communications protocol suite. This Greybus suit helps different modules to communicate with each other and phone’s heart.

“After signup, module developers and vendors will be able to submit a module offering for a pre-dedefined review process to ensure modules are compliant with the specifications outlined in this MDK document.” – Google 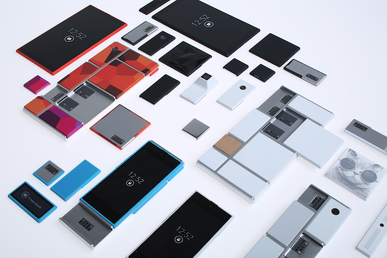 Developers are also provided with Project Ara Module Marketplace, which is a platform for module makers to sell their hardware via Google Play Store.

Just like its other projects, Google is aiming something bigger and out of the box with Project Ara modular phones. It’s true that all experiments of Google haven’t succeeded in the past, ut that doesn’t diminish the power of modular phones. Everything depends on developers and the efficiency of modules. With this initiative, users will get the desired customization and independent developers will try to exist along with the technology giants in the marketplace simultaneously.

Keep visiting our how-to guides to know some useful and simple tips and tricks.