You may find it hard to believe, but a US-based company Outernet is aiming for providing free Wi-Fi to every person on earth using low-orbit earth satellites. Outernet, also calling themselves as  Humanity’s Public Library, is a global broadcast data startup currently being incubated by the Media Development Investment Fund (MDIF), a United States-based impact investment fund and non-profit organization established in 1995 by Saša Vučinić and Stuart Auerbach.

They recently began providing free Wi-Fi to 1.3 billion people across North America, Europe and most of the Middle East.  They have covered regions of Asia Pacific by end of 2014 and by June 2015 the company aims to provide free internet to everybody across the globe. Currently, it is  providing 200 MB of data per day through its high-speed signals, but soon it would be upgraded to 1 GB. The company is eying on providing 100 GB of data per day to users across the globe.

According to MDIF, the initial content access includes international and local news, crop prices for farmers, Teachers Without Borders, emergency communications such as disaster relief, applications and content such as Ubuntu, movies, music, games, and Wikipedia in its entirety.

Recently, Outernet has released a gadget called Lantern, which aims to connect the entire world to the internet for free. Lantern is more like a modern version of a digital radio and it works anywhere in the world. With this, you can view everything in a browser but it will look like offline mode with only some part accessible. The device is solar powered and can also charge a phone. This is basically a wi-fi hotspot coupled with a portable charger.

Will Outernet  change the whole perspective of how we look at the internet today, This only time will tell. But one thing is sure, I will keep myself updated with this thing as so should you.

(The article has been updated to include new information)

What’s your thought about Outernet? Write in comments. 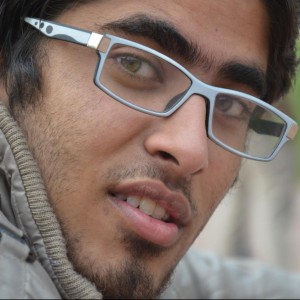 Sagar is a linux enthusiast , amateur blogger , tech. and gadgets lover and a user of FOSS . He spents most of this time in front of the screen . But when he is not striking his keyboard hard, he can be seen having a cup of coffee at a local cafe.