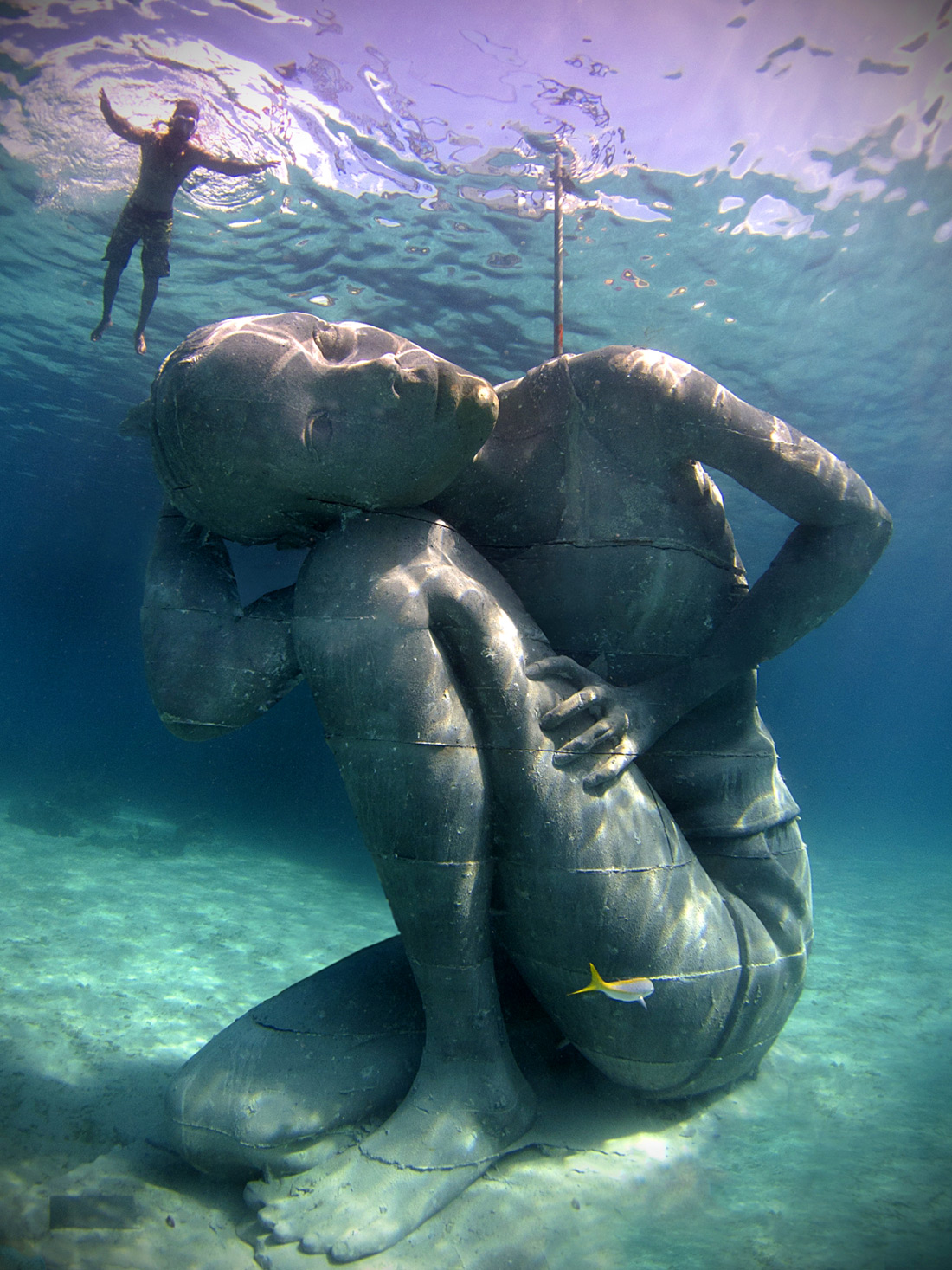 The creator of world’s first underwater sculpture park, Jason deCaires Taylor, in collaboration with BREEF (Bahamas Reef Environment Educational Foundation) submerges another masterpiece, Bahamian Ocean Atlas, proving to be the largest underwater statue. The Ocean Atlas is an 18ft tall and 60 tons weighing statue which is lowered neighboring the west coast of most populous island New Providence in Bahamas.

The sculpture marks initiation of building Sir Nicholas Nuttall Coral Reef Sculpture Garden in honor of BREEF’s founder, Sir Nicholas Nuttall. Ocean Atlas is themed from the Atlas, second generation Titan in the Greek mythology who was forced to bear heavens upon his shoulders. Jason’s Atlas depicts a woman carrying the ocean on her shoulders; ironically portraying need of support to thwart damage to oceans and hence prompt present generation.  The way Titan Atlas introduced art of astronomy as a tool of navigation for farmers and sailors; Ocean Atlas facilitates marine navigation through its solar light and flag placed on the highest point. Major challenging task was putting together the huge structure of Ocean Atlas. It was first molded in individual pieces on land and then lowered into water by a crane. The entire statue extends from base of the ocean to the surface. Engineering the complete structure involved hard work of Taylor’s team who schemed and finally interlocked all sections under ripples of water.

“I really wanted my work to be functional at the conservational level.” Taylor told Live Science. Ocean Atlas provides habitat to marine organisms in the form of artificial reef. Taylor’s underwater crafts have been able to prove ecological viability of artificial reefs. Artificial reefs are allowing natural ones to revive and revitalize. Having lost about 40% of coral reefs in past decades, conservation of reefs is an unavoidable issue. Keeping process of corrosion in mind, for Ocean Atlas, Taylor used pH-neutral material which can outlive other materials such as metal. This material attracts settlement of hard and soft corals.

Other works of Jason deCaires Taylor include Lost Correspondent, Viccisitudes, Man on fire, Silent evolution, etc. His works have been appreciated across the globe for their sarcastic ideas and beneficial approach towards conservation of marine life. Alike all other sculptures of Taylor, Ocean Atlas are also expected to inhabit substantial marine organisms as well as be a magnet for tourists.