Short Bytes: A Reddit user has shared some screenshots that point towards a new feature being tested by Apple. The screenshots show that a message is displayed on the lock screen of a corporate-owned iPhone when the company tries to monitor the device.

The dust from the Apple Vs FBI battle is still polluting the digital atmosphere and there is yet another development which indicates Apple’s determination to enhance the privacy in its devices. According to some images shared by a Redditor named MaGNeTiX, Apple is testing a new feature which will empower your corporate-owned iPhone to display a warning message whenever your organisation will try to monitor your device. The feature is supposed to be a part of the iOS 9.3 update.

It is currently being tested for iPhones configured through the Device Enrolment Program (DEP) which includes Apple’s home-baked Mobile Device Management (MDM) platform. DEP allows wireless supervision and management of Mac and iOS devices which are a part of a corporate organisation. Companies using the DEP can easily manage services of the devices including software updates, restricting app usage, and even accessing the data stored on them. However, no word can be said if it will work for other MDM platforms too.

MaGNeTiX has uploaded some iPhone screenshots in which a warning message is displayed on the lock screen and another on the About page in the settings menu. The message should only be seen as a mere warning and will not help you safeguard your device from the monitoring process. Well, at least, you’ll be more careful while using your corporate iPhone. 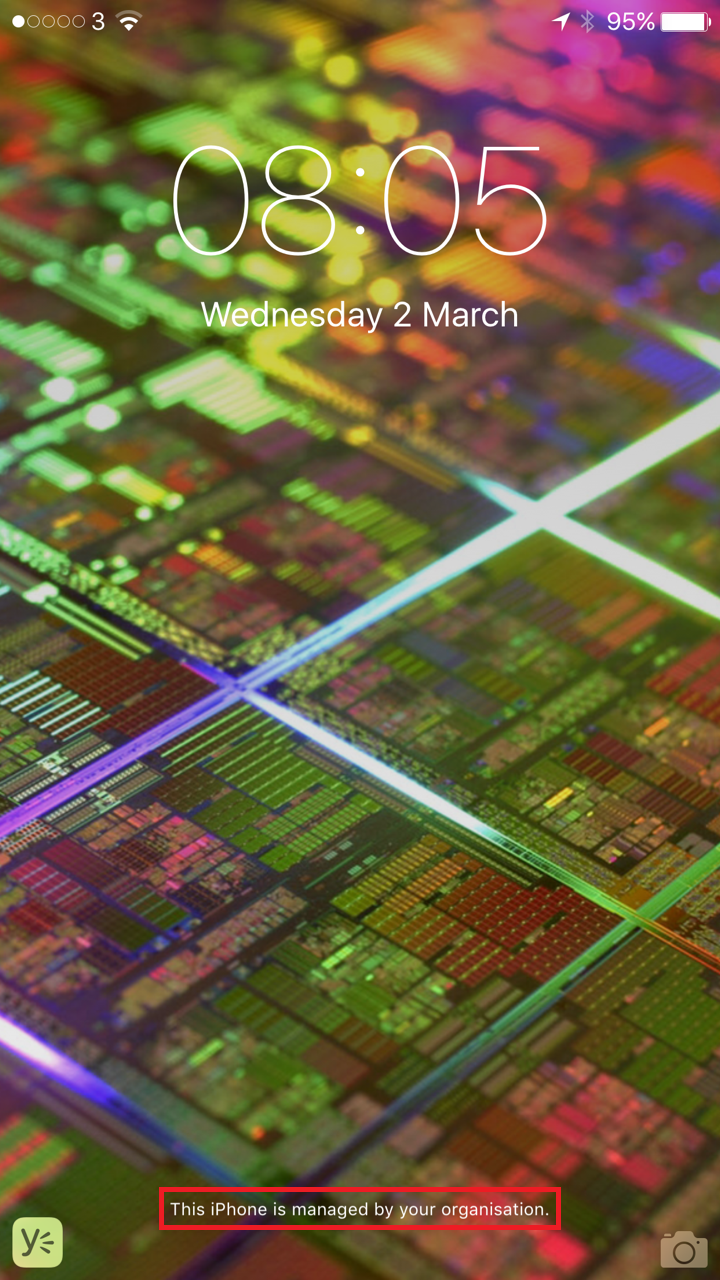 The update could be seen in the light of recent efforts made by FBI, forcing Apple to create a custom iOS version for the shooter’s iPhone 5C, who was involved in the San Bernardino Case in December last year killing 14 people. The new update will definitely offer an enhanced level of transparency to the users.

We would love to read your comments. Write them below.

Aditya likes to cover topics related to Microsoft, Windows 10, Apple Watch, and interesting gadgets. But when he is not working, you can find him binge-watching random videos on YouTube (after he has wasted an hour on Netflix trying to find a good show). Reach out at aditya.t[email protected]