We all know that since Google Chrome came into being, other popular web browsers–Mozilla Firefox being one of them–failed to maintain their position in the market. As a result, today Chrome is the most used web browser. However, it also faces scrutiny for its popularity and the most recent one to do so is an ex-Mozilla employee.

According to a Twitter thread by Johnathan Nightingale, former general manager and vice president at Mozilla Firefox, Google deliberately sabotaged Mozilla with its “amateur hours” tactics.

It is suggested that when Google Chrome was launched, Google did not make things difficult for Mozilla and convinced Mozilla that they were both on the same side and wanted the same thing.

When I started at Mozilla in 2007 there was no Google Chrome and most folks we spoke with inside were Firefox fans. They were building an empire on the web, we were building the web itself.

However, Google slowly took over Mozilla by putting up its advertisements next to Firefox search terms. Further, Google apps began experiencing bug issues on Firefox, and various demo sites started blocking the Mozilla-owned browser, citing them as incompatible.

Following many such moments, Google still portrayed itself as Mozilla’s friend, as hinted by Nightingale.

Johnathan said, “Over and over. Oops. Another accident. We’ll fix it soon. We want the same things. We’re on the same team. There were dozens of oopses. Hundreds, maybe? I’m all for “don’t attribute to malice what can be explained by incompetence” but I don’t believe Google is that incompetent.”

Furthermore, after a lot of “oopses,” Mozilla began losing its users, and instead of focusing on doing something about it, Mozilla drowned in frustration, as suggested by Nightingale.

It’s worth noting that the aforementioned comments are from a former Mozilla employee. So, it is likely that it’s the frustration talking as various Mozilla employees have done that in the past. However, Google is often rightly accused of wiping out its competition by employing its unfair practices.

What are your thoughts on the same? Comment below and keep reading Fossbytes.

Also Read: Facebook Aims To Combine News And Stories Feed. But Is It Any Good? 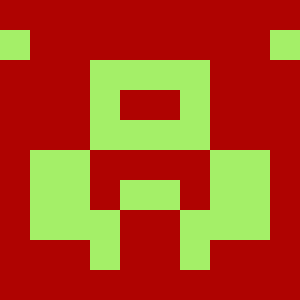 How To Watch Timelapse In Google Earth: Largest Video On The Planet!

Tesla Cybertruck Vs GMC Hummer EV: Which One Is A Better Deal?

How To Watch Timelapse In Google Earth: Largest Video On The Planet!

Tesla Model 3 Vs Model S: What Are The Key Differences?

Here’s What The New Windows Tools Control Panel All About