If you are done with all seasons of the high rated TV series Game of Thrones, then you can fix your eyes on a bee hive to enjoy fascinating wars and governance of kingdoms. Was it the bees that inspired George R. R. Martin?

Dr Paul Cunningham, Queensland University of Technology, was told by some families of Brisbane who use to keep the stingless bees- Tetragonula carbonaria as pets, about the massacre of bees outside the hives. 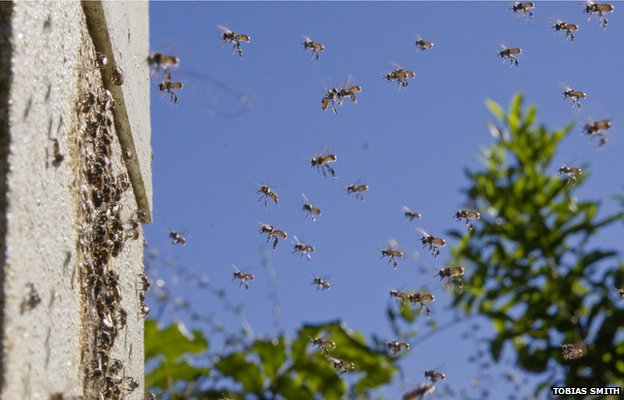 “And around this time of year, people see these big swarms outside the trees or around their houses. They’re fighting swarms,” Dr. Cunningham told BBC News. “If you stand under the swarm, you can see these bees dropping out of the air. They’ve grabbed hold of each other in this death grip – they’re locked together and both the bees die.”

Dr. Cunningham and his team went in search of a suitable bee hive to be researched on. They finally found one and kept an eye on it for several months. They observed bees’ behavior and collected samples of carcasses for genetic analysis.

The rival colony of different species of bees- Tetragonula hockingsi; invaded the former three times during the time span from July to October 2008. The aggressor bees were more in number and hence they surmounted the hive completely and intruded.

“They actually started dragging out the workers and youngsters from the hive,” Dr. Cunningham said.

The warriors of the war are the female worker bees. They, not belonging to the Royal family, cannot reproduce. They are the ‘merchants’ of pollens and ‘soldiers of war’ during invasions! During the fights, thousands of worker bees would bite each other while flying in the air and ultimately fall on the ground. The two species were on a serious war; however, the more interesting result was discovered few months later when the hive was opened and genetic tests were performed.

Triggering curiosities, there was a new queen bee in the hive and she was a daughter of the attacking colony’s queen. “These bees were playing Game of Thrones.”- said Dr. Cunningham.

Another 260 hives around the city were surveyed by Dr. Cunningham’s team for five years. They discovered 46 examples. The two different species on war, in fact differed in the construction of their ‘kingdoms’ and ‘civilizations’. Exempli gratia; carbonaria bees construct orderly, spiral-shaped hives while the invaders hockingsi are quite less organized. 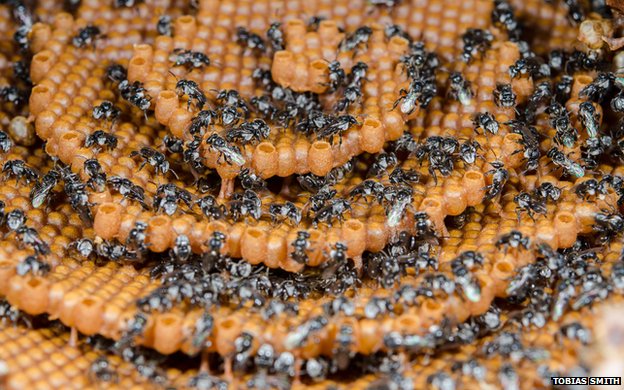 Such examples suggested that this kind of warfare is quite common among bees. “If we’re going to really use and manipulate these bees in the future, we need to understand what their behavior is and how they maintain territories and things, ” Dr. Cunningham exclaimed.

Bee behavior expert from the University of Sussex, Prof Francis Ratnieks, quoted another example of bees on war in South America. The ‘robber bees’ there have their ability famous of destroying the colonies of rival species. They destroy up to 50% of a bee species in Brazil per annum.

Share this post tf you found the similarity in Game of Thrones and behavior of bees interesting!