Learning to code is probably one of the most exciting things for a tech enthusiast. Whether it’s last year or even a decade ago, programming puts you at the forefront of the technologies that drive the modern world. But wait, Where do you start? Are you looking for Mobile Development? Fancy being a Web Developer? Or an old-school Desktop Application developer? Yup, it’s a tough ask to choose. If your answer is Web Development, search no more as this article will surely help you get started on the Best programming languages that you need to learn.

However, if you’re wondering about the best programming languages in general, we have you covered.  Our article on 10 Most Popular Programming Languages In 2020 is just what you’ve been looking for. So do check that out — Web Development in itself has areas of focus: the client-side (Front-End), the server-side (Back-End) and the cross-disciplined Full-stack development. So, we’ll look at the best programming languages for you to start learning in each of these Web Development areas.

Front-End Development is the client-side of things. Basically, it is all the beautiful elements you see on a webpage’s interface. Consequently, this is where the user primarily interacts for navigation and browsing. If you are into creativity or designing, this is where you would feel right at home. Now let’s have a look at the programming languages that you must learn for Front-End web development —

First of all, JavaScript has nothing to do with JAVA. Contrary to what the name suggests, they are fundamentally different languages used for various purposes. Now that that’s out of the way, let’s talk JavaScript. Whether you want to be a front-end web developer, Back-end Web Developer, or even a mobile developer, JavaScript is bound to be your BFF. API integrations, faster and interactive client-side user experience, you name it — JavaScript will help you build a stable and responsive website. Furthermore, JavaScript has, over the years, turned out to be incredibly popular, which makes for a fantastic community to help you find solutions.

Contrary to what you may think now, JavaScript is not perfect and does have its flaws. But rest assured that it’s ubiquitous for a reason. You probably won’t find a better alternative, and needless to say, it is the backbone of today’s internet. Hence, all of this makes JavaScript the place you should start on your exciting journey in Web development. Sounds familiar? It should be. Because these are the good old languages that are here to stay. Along with JavaScript, HTML and CSS have been creating attractive and demanding webpages right from the beginning. Also, learning HTML can turn out to be quite fun. If there’s a popular language that brings out the creative side of you, it’s HTML and CSS. Using HTML, you create a user interface for web applications and mobile applications. If you are a beginner, HTML and CSS should be the absolute basic programming languages for Web development that you should know before progressing further. Programming languages for Back End Development

Python is the new talk of the town among the plethora of programming languages available in the world today. So much so that it beat the then undisputable JAVA language in 2016 by seizing the highest shares in programming usage that year. And ever since then, it has continued to dominate.

Python’s success over a short period speaks volumes of its capability. Probably, most of the success brims on its readability, efficiency, and smoother learning curve. Although Python is synonymous with machine learning and data science applications, web development is also a platform where Python thrives.

Due to the factors of frameworks like Django and Flask, Python has evolved to become a favorite tool for many developers in Web Development. Django uses an MVT( Model-view-Template) rather than the conventional MVC methods. Finally, big names such as Dropbox, PayPal, eBay, and Reddit have Python at their core.

Remember when I said JavaScript is everywhere? Node JS is an environment or framework that allows the regular JavaScript to run on the server-side. This popular web development language uses the same JavaScript engine from Google Chrome called the V8 with additional libraries. Simply put, Node JS helps users to run the JavaScript code outside the web browser AKA the server. So learning Node JS isn’t something new if you have mastered JavaScript. Once again, viva JS!

ASP.NET is the server-side programming language and the only popular web development language to feature in this list, which is not free. ASP.NET is fundamentally a framework that helps you to build a web application. It is one of the best web development programming languages that provide different capabilities like server-side logic, validation, interaction with database, session, and security management. Based on C# code makes this popular language efficient and easier to read.

Most noteworthy is that mastering ASP.NET in itself requires developers to have a solid knowledge of various areas, including, C#, SQL, CSS, JS, HTML. Even though it might seem overwhelming, it has been developed by Microsoft with extensive libraries and visual studio IDE support that you can use to make full-fledged .NET web applications.

“Compile Once and RUN everywhere.” The famous motto that every Java programmer knows. High-level applications, High-traffic sites, android apps: you name it, Java does it all. Java Programming has immense support for high-end web application development. Moreover, the Java Virtual Machine acts as a runtime environment for the web container that sits on the server end of the web application.

Just like the applets, Java web frameworks are based on several servlets. Together with the resources of JavaServer Pages, servlets and classes, a full-fledged Java web application can be deployed. Useful web applications in Java include the Struts, Spring MVC, and GWT( Google Web Toolkit). The main advantage of Ruby is that it is a beginner-friendly programming language. The coding size is considerably smaller, and code clarity is maintained throughout. The focus is more on the use of verbal communication. Additionally, for the best programming languages to learn, you would need a vibrant and enthusiastic community. This is where this popular web development language shines.

Websites like Github, Hulu, Twitch, Basecamp, SoundCloud all use Ruby on Rails. Therefore, you would want to consider Ruby as a programming language that you must learn for building a career in Web Development.

What stack primarily means is the collection of different modules that together build a functioning system. In this case, a website! Having the skills required in the already mentioned popular Front-End and Back-End programming languages can help you get one of the trendiest jobs in the current era of web development. Consequently, the best languages to learn for full-stack development would mainly include the ones which we discussed before.

Here are some more popular full-stack web development technologies based on JavaScript.

MongoDB, Express JS, Angular JS, Node JS. You get the idea. JavaScript!. MEAN is quickly emerging as one of the most popular stack web technologies. Because all the programming languages used are based on JavaScript, the development becomes easy. With Angular JS as the front end, Node JS and Express working on the server-side, and MongoDB handling the database, the package remains streamlined.

MERN is similar to MEAN. The only difference is that while MEAN stack development uses Angular JS for the Front-End development, MERN uses React JS. React was developed by Facebook in 2013 and has continued its usage among its premium products, such as WhatsApp and Instagram. Angular and React are both capable web development technologies, but Angular remains to be the most mature one among them both.

React is gaining a lot of popularity, and its future job market is promising. React JS offers a more desirable learning curve than Angular JS. The verdict here is that you won’t be wrong going for either of these.

The Best Programming Languages for Web Development in 2020

So that’s that. You know as they say, Once Begun, Half Done. If there’s a perfect time to start learning, it is now. So what are you waiting for? There’s plenty of online courses and tutorials which can help you master these web technologies.

These best programming languages are probably the most sought after skills in the evergrowing IT industry of this time. Hence, whether you are already experienced or a beginner, choose wisely based on your interests and career goals. So start coding!

If you do have any queries or suggestions to our list, feel free to fill up the comment section. Cheerio. 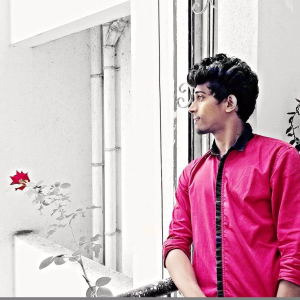